Alongside working with current writers Transistor Music continues to unearth esoteric songs from pop’s past decades, and promotes usages with all manner of third party creators.

A catalogue of interesting niche songs for any music supervisors looking for something a little different. Songs ranging from the mid 1960’s to the 2000’s.

Transistor Music continues into the future with new signings from the UK Blues/Americana Scene in Niall Kelly , Sean Taylor. 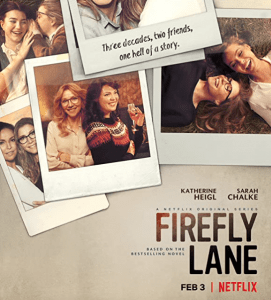 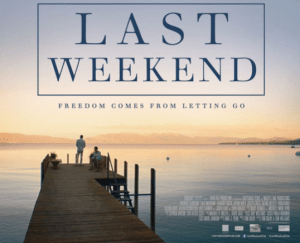 The songs I Can Breathe Again, You Take My Breath Away, Don’t Shine Your Light, Baby Go Now, the recordings by John of which were produced by Trevor Horn, all sound just right for the likes of the Scissor Sisters market today. So too the song Small Town Big Adventures.

Incredible story of Tom and his band Aerovons in 1968/69, coming over from St Louis to record at Abbey Road when he was 17, fully immersed in Beatle-isms. The resulting songs are very catchy late 60’s power pop, and some almost like amalgams of Beatles numbers. Would make very interesting syncs.

Today Tom produces advertising jingles. One further new collection of songs has been in the works for some time . Very power poppy, strong on hooks and harmonies, his jingle background keeping his writing snappy.

Mark is currently guitarist with the Jesus & Mary Chain. He and the drummer Loz Colbert (ex-Ride) have formed their own side project The International Jetsetters. Similar in sound and structure to the JAMC.

Would suit any Syncs looking for a JAMC/ Spacemen 3 style sound.

From Sacremento in California, but based for lengthy periods in the UK . Comes from same scene as Devendra Banhart, though Anton parodies this wonderfully on Who’s The Pony Now.

Currently touring with two of Hitchcocks ex-Egyptians in his band, dates include support to Stornoway. The latter contributed to Anton’s last album along with Eurovision wining / ‘Walking On Sunshine’ songwriter/guitarist Kimberley Rew (also once a Hitchcock band mate).

Wrote songs for one classic Uk progressive rock album called For Fox Sake by his own band The Fox. Stand out songs / tracks for syncs in the lilting Butterfly and Man In A Fast Car.

Together they are band The Left Outsides, which sprang from Mark Radcliffe folk rock favourites The Eighteenth Day of May. Recorded many BBC6 Music sessions.

UK Rock’n’Roll legend whose career traces back to performing at the 2 I’s cafe in 1961 aged 14. Jesse went through Mod,Glam,Punk and into White Stripes style rock’n’roll in the 90’s.

One of Mark Lamarr’s favourite Uk artists, and Mark declares so on film in a documentary made about Jesse in 2006.

A primitive version of Last Train called Fast Train To Memphis, an Elvis style rocker, was used in the film The KID (2010).

Folk pop stylist on whose own recordings as duo The Paper Bubble were backed by The Strawbs.

(Also been a TV extra and once performed his own Saints and Sinners for a TV drama which required “musician plays in the background”.)

Very famous session keyboardist who was a TV guest of the Beatles, wowed jazz audiences at Ronnie Scotts and worked on the music for movies notably ‘Goldfinger’, ‘From Russia With Love’, ‘The Knack’, ‘The Chase’.

Two bodies of work. One glam punk in the mould of Sparks, the second pop electronica.

The glam rock as recorded by the band Milk ‘n’ Cookies who were linked to the same era bands Sparks, Roxy Music, Ramones. All the songs and music sound like they’re from a US college movie. Wok n Woll is a stand out with a terrific stomping and pouting intro that could be used on a loop.

The Electronica is from the first synth pop album in the US, recorded in 1979, called My Girlfriend’s Dead. It is right up there with Depeche Mode, Human League, Cabaret Voltaire, Ultravox. Naked City is very stripped urban angst, Romance is like a love affair between Atari games. Plenty of bleep and booster throughout.